The Significance Of Birthstone

As described in the Book of Exodus, birthstones have a mythical origin tracing back to the breastplate of Aaron. Aaron’s breastplate was adorned with 12 ornamental stones believed to embody unique properties and meanings. Each gem was believed to be connected to an astrological alignment. During modern times, birthstones are associated with a person’s birth month and are symbols of an individual’s core essence.

A time-honoured tradition since ancient days, birthstones are precious gifts for oneself and loved ones. They make great gifts for birthdays, anniversaries or any life moments worth remembering. When selecting a gemstone, you may choose according to their associated month or the significance behind the meaning the carry.

Rooted in the Latin word ‘granatus’ which means seedlike, garnet has a passionate dark crimson shade and its appearance is likened to pomegranate seeds. Its exceptionally high refractive index gives wearers the impression that the jewel is emitting light. This property has encouraged explorers to carry garnets with them on their arduous journeys to ward off evil. Garnet’s protective symbolism continued to thrive through history, where warriors in Central American and Eastern Asiatic tribes would brandish them into battle.

Set in luxurious jewellery since ancient Egypt, Amethyst is a member of the Quartz jewel family. Its name is derived from the Greek word ‘amethystos’ which means not drunken. According to a Greek legend, Dionysus, the God of wine, fell into a rage after a mortal named Amethystos refused his hospitality. When he sought to punish her, Amethystos cried out to Goddess Artemis for help who transformed her into a pure white statue. Upon seeing the statue’s innocence, Dionysus was moved and in a rare moment of sobriety, emptied his wine cup on top of it and thereby dying it a deep purple.

Aquamarine is a member of the Beryl jewel family. Pure Beryl is generally clear. The blue hue of Aquamarine is caused by the presence of iron in the deposits where the gem was formed. Found in Brazil, Sri Lanka and parts of Southeast Asia, this dazzling gem is desired for its beautiful blue shade that conjures up daydreams of the vast seas and skies. Sailored often brought Aquamarine with them on their voyages to achieve peace and calm by keeping them under their pillows when they slept.

This precious gem is formed when quartz fill in gas bubbles in cooling volcanic rock. Extraordinarily resistant to damages and scratches, Diamond is closely associated with symbols of strength. Its crystal clear purity and lucent white light is likened to great beauty. One of the hardest minerals on the Mohs scale, it is no wonder that Diamond is a mark of incredible strength.

Named after the Latin word ‘esmaralda’ wich means green gem, emerald has a peculiar characteristic. This deep green jewel has a surface that is resistant to scratches but its crystal lattice structure within is susceptible to fractures resulting from impact. Emerald’s enigmatic green hue is a hopeful reminder to its wearers that winter does not last not last forever and this too shall pass.

In its natural form, Alexandrite comes in a wide spectrum of colours. When polarized by light such as from the sun, this exquisite specimen transforms into brilliant jewels in different colours depending on the direction of light. Reminiscent of love, Alexandrite’s transformative property reminds us that love does not exist in just one form. Express your adoration for someone special with this gemstone that says it all.

Ruby’s brilliant red luminescent is due to the presence of chromium in its structure. Because of its signature crimson hue, ruby is known as ‘pigeon blood’ in history. Associated with vitality and physical strength, rubies were often set into drinking vessels of royalties as they toast to vigor and good health. A gift of ruby is a reminder that the recipient is full of life and has much to offer to the world.

A long time ago, Egyptians mined peridot on an island in the Red Sea but the location was lost. It was only rediscovered in the 1900s. The unique beauty about Peridot is that this jewel remains the same colour in both natural and artificial light. This distinct characteristic led to its association with flawless beauty.

Mined since 4000 BC in Afghanistan, Sapphire is a popular trade commodity. After Alexander the Great conquered Egypt and parts of Persia, he imported it to Macedonia and the rest of Europe where it was used as paint pigment called ultramarine. Ultramine did not lose its colour when exposed to direct sunlight which makes it very valuable. A gift of sapphire encourages honest in relationships as it remains true to its colour in the face of adversity.

Tourmaline is a semi-precious gemstone is believed to reduce fear and build self-confidence within its wearers. It is used to balance the yin-yang energy and it considered a physical bridge to the spiritual. When going through a rough patch, this healing gemstone enable you to stay grounded and tide you through any troubles.

The rarest variety of Quartz, citrine is only found in Spain, France, Hungary and Arran, a small island off the coast of Scotland. As gold gems are thought to channel power of the sun and positivity, citrine represents joy and is a powerful mood lister. Tell someone that they bring joy to people around them by giving them a gift of citrine.

Gorgeous blue-green gems coveted by many. Turquoise derived its name from the old French word for Turkish because it was introduced to the French by Venetian traders who exported them from modern day Iran, then part of Turkey. Turquoise requires copper and aluminum compounds to synergise in order to form a new mineral which is akin to two people connecting in a friendship. 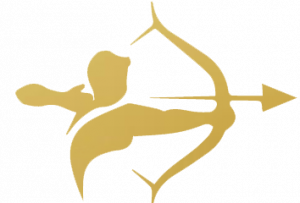 Sign up for our newsletter for the latest updates.